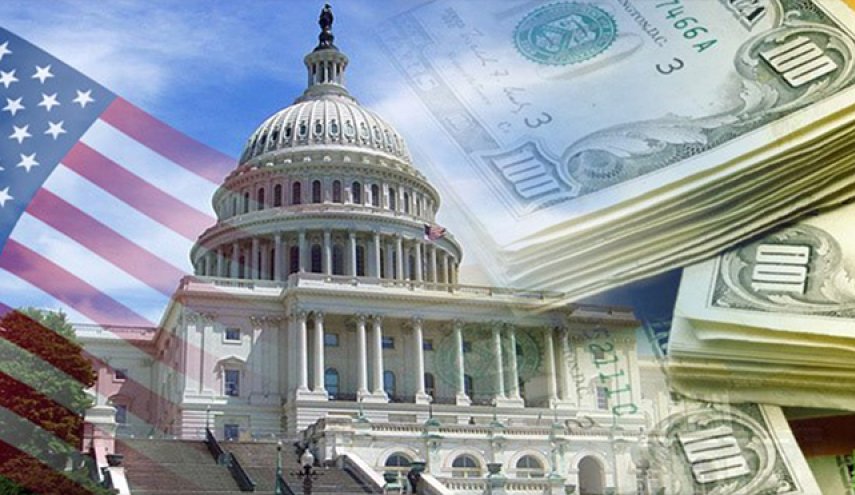 The US economy is heading towards a recession; the Fed has no options to prevent it

However, this growth series stopped as the pandemic saga came in 2020, affecting the US economy and forcing it to enter a contraction not seen since the Second World War. In 2020, the US economy contracted in the first and second quarters, followed by record growth in the third quarter. Growth continued until the fourth quarter of 2021, and then the markets witnessed an economic contraction in the first quarter of 2022.

A drop in exports by 5.4% compared to imports growth by 18.3%, in addition to a decrease in private inventories by 1.09% have been the main reasons why the US economy contracted. At the same time, government spending also decreased, resulting in a 1.5% contraction in the gross domestic product. Even though the US economy slowed, spending remained strong, with consumer spending growing by 3.1%. therefore, this contraction was not yet considered the start of a recession

However, as we progress through the second quarter of this year and the increasing effects of geopolitical tensions on the global economy, the US economy will likely be negatively affected by this global economic slowdown. Due to rising oil prices, supply shortages, and helicopter money produced by major central banks to boost the economy in 2020, prices have soared higher and higher, making the US economy heated. Therefore, The most prominent theme in markets during the second quarter of 2022 is the huge rise in inflation.

The heated economy prompted the US Federal Reserve to tighten its monetary policy by hiking interest rates from 0.00%-0.25% to 0.75%-1.00%. And after last week's CPI year-to-year numbers came higher than expected at 8.6%, markets are pricing in a rate hike by at least 50 basis points in the upcoming FOMC meeting, bringing the interest rate in the range of 1.25%-1.50%.

However, why does the US Federal Reserve continue to raise interest rates even when the US economy is likely to contract?

Inflation rates in the United States of America reached their highest level in 40 years at 8.6%, and unexpectedly, last week's data showed a rise in inflation, contrary to expectations that indicated that it might stabilize at 8.3%. It is worth noting that food prices rose by more than 10% during the 12 months that ended last May, while energy prices for the same period increased by more than 34%.

The huge rise in oil prices is starting to affect the commodities produced, even the essential commodities that are not related to energy, as the costs of production and transportation rise with the rise in energy prices. There has also been a significant rise in food prices globally due to Russian-Ukrainian geopolitical tensions and the sanctions imposed by Western countries on Russia.

High inflation threatens a sharp change in consumption habits and a decrease in the purchasing power of money, that is, what the individual can obtain in terms of goods and services in exchange for income. Thus, the US economy may enter a recession as a result, as profit margins for companies will decrease due to rising input and operational costs. At the same time, consumer spending will decrease due to higher prices. Here, we will enter into a new economic dilemma: Stagflation.

What is stagflation, and how bad is this economic situation?

Stagflation is a condition in which inflation rises significantly, accompanied by a contraction in the gross domestic product, unemployment rates rise, and consumption decreases. Thus, it is an economic situation contrary to the nature of the link between inflation and growth. Economically, acceleration of growth causes a rise in inflation, slower growth reduces inflation, and in economic stagnation, inflation drops dramatically, accompanied by a contraction in economic growth. But in stagflation, there is a widening gap between economic growth and inflation, and the victims are consumers, companies, and the economy.

A difficult choice for the US Federal Reserve

The US Federal Reserve now has no choice but to raise interest rates rapidly to curb the rise in inflation rates before the economy slips into recession. The unemployment rate is still low, near full employment at 3.6%, the income growth rate is good, and employment numbers are promising and strong in the US. Therefore, the Federal Reserve may sacrifice all of this in order to reduce inflation rates so that the US economy does not enter an inflationary stagnation because the entry of an inflationary stagnation may disrupt the familiar Fed tools.

Reducing inflation is the top priority for the US Federal Reserve at present; therefore, the US economy will likely fall into a recession. Previously, markets believed the Fed would allow a gradual, slow, and little decline in economic growth, but these were just words! An accelerated rate hike will likely cause the US economy to stagnate. A good example is the periods after the 2008 global financial crisis; another one is the 2001 tech bubble burst, and many other instances when the US Federal Reserve raised interest rates at an accelerating pace, followed by an economic recession.

From here, the Federal Reserve has no choice but to continue its series of rate hikes, as the economic recession is considered to be much less harmful compared to the inflationary recession.

Take the 80's of last century as an example. The US economy entered into an inflationary stagnation, resulting for major economic stumbled during the period between 1980 Until the beginning of 1983. Meaning that the economy suffered for two years, a decline that included a contraction in the growth of the gross domestic product, accompanied by very high rates of inflation.