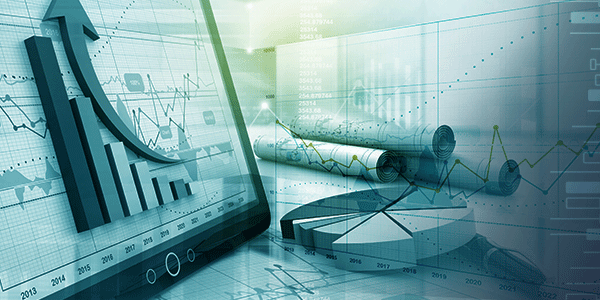 We hear a lot of economic concepts daily, whether in economic news, TV programs, daily newspapers, or on the internet, but we don’t always understand their full meaning and relation to us. Through this simple article we will focus on some of these important concepts and their applications in everyday life.

What does it mean when someone announces that the inflation rate reached 10% in a certain country?

Another example: currently the inflation rate is 12% and your salary is $1000 and you will have an annual raise of 10%, which means that you’ll earn $1100 with the increase. But when you calculate your actual purchasing power you will realize that you have only $980.

Another example is if you lend $1000 to your friend and get it back after one year. The question here is, did your friend return the full amount ($1000)? Unfortunately, no. Due to inflation, your friend gave back $1000 but the purchasing power of this amount has declined to $880.

Learn more about inflation and its causes.

Your Bank Account and its Relation to the Inflation Rate

What is the relationship between the inflation rate and my bank account? Does it maintain or lose its value?

There are two figures that can affect your money:

If they are equal, your money retains its value.

If the interest rate is greater than the inflation, your savings are increased by the difference between the two figures.

Therefore, governments try to make the interest rates greater than the inflation rate. If the opposite happens, depositors would be forced to withdraw their money from banks, thus reducing the cash volume in banks and causing bankruptcy. This would make them unable to finance the private sector. The production volume along with the supply would decrease while demand would increase, so the rate of inflation would rise again causing a financial and social crisis.

We hear a lot, whether in economic news or from an international financial organization, that the economic growth reached a certain percentage during the year and is expected to rise in the next year, so what does this mean?

It means that the gross domestic product (GDP) has increased this year by 2% from the previous year. Well, what is the meaning of GDP? It Is the value of all goods & services produced within the country’s borders during a certain time (generally measured in one-year periods).

GDP is one of the most important indicators in measuring the status of a country’s economy.

So now, when we hear that the economic growth rate in a country has reached 2% during 2017, it means that the country’s productions have increased in comparison to the previous year. In other words, it is an increase in the production base of the country’s activities. The value of goods & services has increased from last year by 2%.

Overall it means that the economy has improved from the previous year.

You should, however, differentiate between the nominal GDP and the real GDP.

If the inflation rate is 10%, and the nominal GDP is increased by 10%, we can’t say that the economy has improved by 10%.

Let’s assume that a country has a factory with annual production of $1 million, and a hotel offering services earns half a million dollars a year. Thus, the nominal GDP of this economy is $1.5 million. If inflation rises to 10%, this means that the prices of the factory goods & hotel services have increased by 10%, and thus, the value of goods & services increased to reach $1,650,000. Can we say now that there is an increase in the country’s production by 150 thousand dollars?

No. What happened is that we produced the same quantities but sold at a higher price under the influence of inflation. Our economic situation has not improved, so what we take into consideration here is the real GDP.

How is the individual living standard measured?

One of the ways of measuring the individual living standard is by dividing the real GDP by population.

So what do these figures mean? This figure is helpful in determining the individual wealth in a country.

For example, country A has a real GDP of $10 billion, with 100 million population.

And country B has a real GDP of $3 billion, with 10 million population.

Country B is richer than country A, although country A produces about three times the production of country B. This is because the per capita income in country A is $100, while it is $300 in country B.